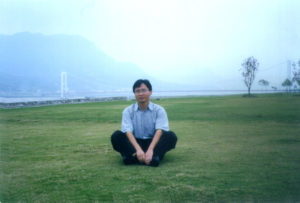 Global Human Initiative was founded May 15th of 2008 for one singular purpose: to create advanced AI to indefinitely extend life.

The term AI, or Artificial Intelligence alone has lost it’s value. Everything that utilizes some form of machine learning is now called AI. It’s a marketing buzzword. Amazon Echo, Siri, Cortana are the closest thing we have to AI but they lack the one critical component to become true AI: the ability to think, rationalize and react to new situations.

GHI does not believe in the buzzwords that have corrupted the meaning of our beloved world of AI. We believe in not only passing the Turing test but making a true to life agent capable of thought, higher learning, rationalizing, future thinking and empathy. We are devoted to creating true Intelligence.

In mapping out the brain, which is the soul, the life force of the human, who we are, GHI believes we can create a means to transfer our minds and consciousness to a computing network and thus live on after our bodies die. Who wouldn’t want to survive cancer, or a fatal car crash to see their kids or even grandkids grow up after the body has expired?

Intergalactic travel could become a true reality as millions of minds get uploaded into a ship to colonize distant planets. Then on landing, reactivate and enter newly created bodies. The possibilities are limitless. GHI strives to develop this exciting new technology.

Join GHI in this fantastic new phase of human existence and become what you were intended to be.